There are more than 300,000 private schools in India, of which over 95% are low-cost providers, and only about 5% of private schools are affiliated with major education boards in the country. The international school segment has expanded considerably over the past decade, doubling to the point that there are now more than 400 schools in operation. 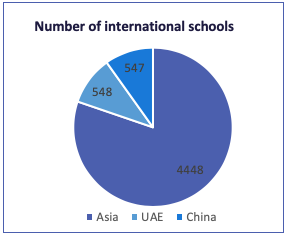 International mobility of students from India is also on the rising. This is facilitated through effective international curriculum in the formative years. The surge in international schools has been and continues to be fuelled by demand for a top foreign university degree.

Traditionally populated by children of expats, international high schools are now catering to the teenagers of wealthy locals. Languages are an important part of the international curriculum. Inclusion of foreign languages such as German, Italian, Russian, Portuguese etc. completes the foreign language teaching in schools. 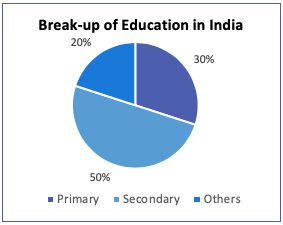