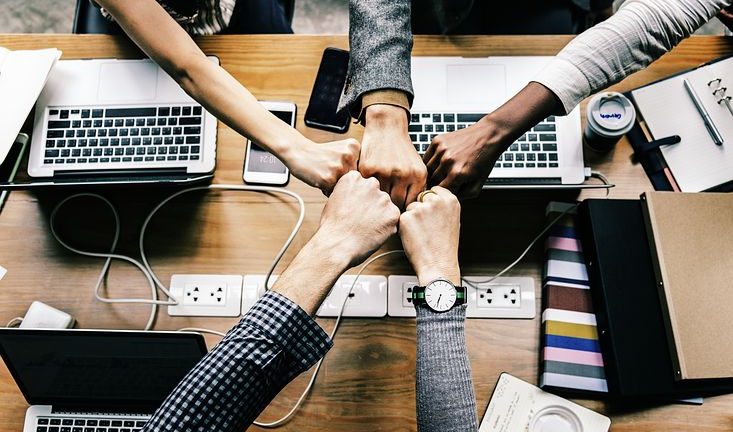 Technology is about innovation and innovation in business is all about doing things differently in order to provide better products and solutions, and an improved service to customers.
Technology is not just essential for day-to-day business processes, but it can also help companies to achieve growth and success when utilized effectively. Technology streamlines the way we execute business operations and both big and small businesses are now using the modern technology to complete a range of specific tasks and jobs. Undoubtedly, integration of technology in a business can be expensive but it can benefit your business.

Instances of companies failing due to slow tech adoption

NOKIA: In the late 1990s and early 2000s, Nokia was the global leader in mobile phones. With the arrival of the Internet, other mobile companies started understanding how data, not voice, was the future of communication. Nokia didn’t grasp the concept of software and kept focusing on hardware because the management feared to alienate current users. Nokia’s mistake was the fact that they didn’t want to lead the drastic change in user experience. This caused Nokia to develop a mess of an operating system with a bad user experience that just wasn’t a fit on the market.
XEROX: Another one of those big business examples of failure is Xerox. Xerox was actually first to invent the PC and their product was way ahead of its time. Unfortunately, the management thought going digital would be too expensive and they never bothered to exploit the opportunities they had. Xerox failed to understand that you can’t keep perpetually making money on the same technology.
BLOCKBUSTER: Blockbuster figured their physical stores were enough to please their customers. They had been the leader of the movie rental market for years. Back in 2000, the founder of Netflix Reed Hastings proposed a partnership to the former CEO of Blockbuster John Antioco. Netflix wanted Blockbuster to advertise their brand in the stores while Netflix would run Blockbuster online. The idea got turned down by Antioco because he thought it was ridiculous and that Netflix’s business model was “niche business”. In 2010 Blockbuster filed for bankruptcy and Netflix is now a $28 billion dollar company.
BLACKBERRY: BlackBerry, a line of smart phones and tablets, was a smashing success in 1998. Just a few years later the entire mobile industry started focusing on bigger touch screen displays, while BlackBerry was more concerned about protecting what it already had. Failing to adapt to changes, company failed.
BORDERS: Borders Group opened its first bookstore in 1971 and they were a success for years. But in the mid- 2000s Borders failed to adapt to new technologies and never embraced the Internet like Amazon and Barnes & Noble. As more people began to order their books online, the fading of a giant like Borders was inevitable. In 2011 Borders filed for bankruptcy, closing 399 stores and laying off 10,700 employees.

A few companies that scaled due to early tech adoption

WALMART: Walmart in order to expand their business in India, Walmart bought Flipkart for $16 billion for 77% stake on July 6th 2018 as Flipkart cover the indian market by 40%. Walmart had to do this because of the tremendous competition which it is facing in America against Amazon.
ICICI BANK: ICICI was the first bank in India to introduce a digital process to open various types of current accounts using tablets and smart phones. ICICI Bank’s subsidiaries include India’s leading private sector insurance, asset management and securities brokerage companies, and among the country’s largest private equity firms. It is present across 17 countries.
ALIBABA: The company’s Alibaba Cloud subsidiary is now its fastest-growing business and extends beyond mainland China, with data centers in the U.S., Europe, Australia, and East Asia. Alibaba Cloud platform is quickly expanding the artificial intelligence and launching a global electronic trade platform to build its business with small and medium-size companies around the world.
GOLDMAN SACHS: One primary way that Goldman Sachs is employing digital technology is to improve efficiencies in the workplace. The Company uses machine learning and artificial intelligence to reduce the number of mundane, repetitive tasks performed by bankers to prepare for client meetings. The repurposed Strategies team has two goals:
I. To digitize bankers’ workflows through tools that improves productivity and quality of life
II. To use technology that is to engage clients in a more modern, data-driven way
BAIDU: Baidu spends money in AI research despite declining revenue growth and the defection of some prominent AI experts. In January, it launched a voice-enabled smart assistant called DuerOS, which is similar to Amazon’s Alexa. Company announced plans to release its self-driving hardware and software as open-source technology. The Chinese government signaled its confidence in the company by choosing it to lead the country’s first national AI research lab.

Benefits of a tech-driven business